Mount Everest is Earth’s highest mountain above sea level, located in the Himalayas. The international border between Nepal and China (Tibet Autonomous Region) runs across its summit point. The current official elevation of 8,848 m (29,029 ft), recognized by China and Nepal, was established by a 1955 Indian survey and subsequently confirmed by a Chinese survey in 1975.

In 1865, Everest was given its official English name by the Royal Geographical Society, upon a recommendation by Andrew Waugh, the British Surveyor General of India. As there appeared to be several different local names, Waugh chose to name the mountain after his predecessor in the post, Sir George Everest, despite Everest’s objections.

Mount Everest attracts many climbers, some of them highly experienced mountaineers. Tenzing Norgay and Edmund Hillary made the first official ascent of Everest in 1953, using the southeast ridge route. Mount Everest was first successfully climbed in winter on February 17, 1980, by a team consisting of Leszek Cichy and Krzysztof Wielicki. The successful winter ascent of Mount Everest started a new decade of Winter Himalaism, which became a Polish specialisation. After 1980 Poles did ten first winter ascents on 8000 metre peaks, which earned Polish climbers a reputation of „Ice Warriors”. 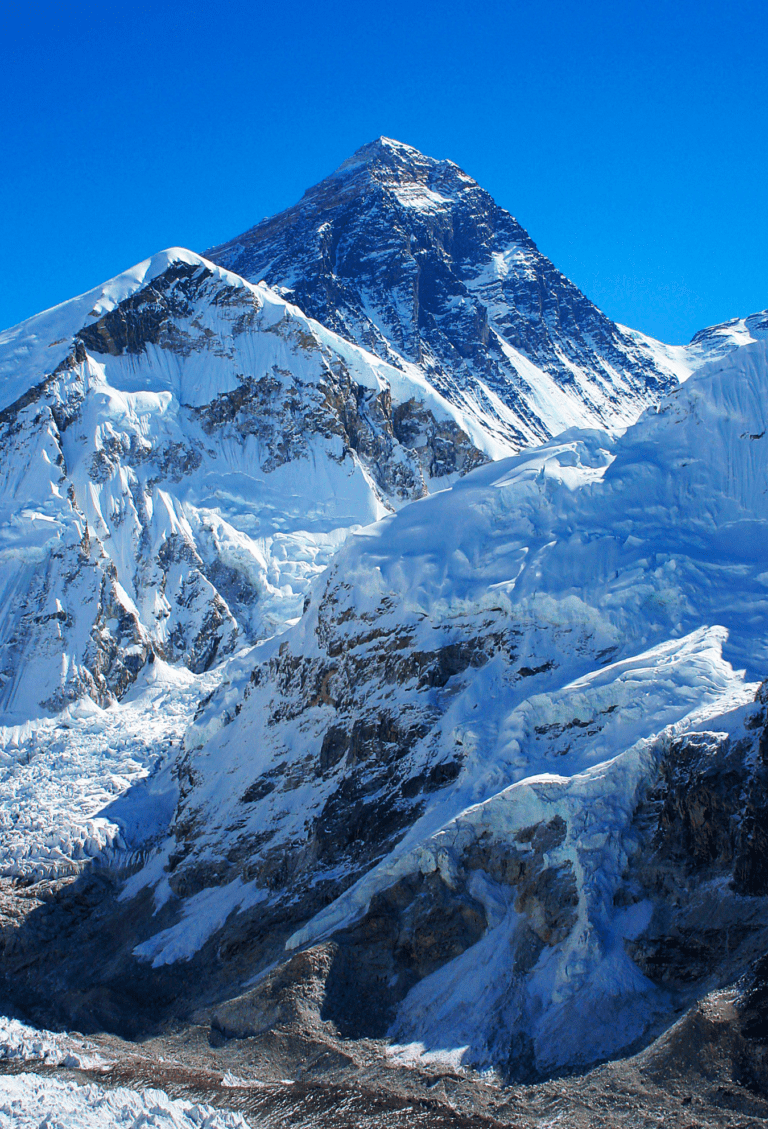 K2, also known as Mount Godwin-Austen or Chhogori, at 8,611 metres (28,251 ft) above sea level, is the second highest mountain in the world. It is located on the China–Pakistan border. K2 is the highest point of the Karakoram.

K2 is known as the Savage Mountain due to the extreme difficulty of ascent. It has the second-highest fatality rate among the eight-thousanders, with around 300 successful summits and 77 fatalities. It is more difficult and hazardous to reach the peak of K2 from the Chinese side, so it is usually climbed from the Pakistani side.

The summit was reached for the first time by the Italian climbers Lino Lacedelli and Achille Compagnoni, on the 1954 Italian Karakoram expedition led by Ardito Desio. K2 has never been climbed during winter. 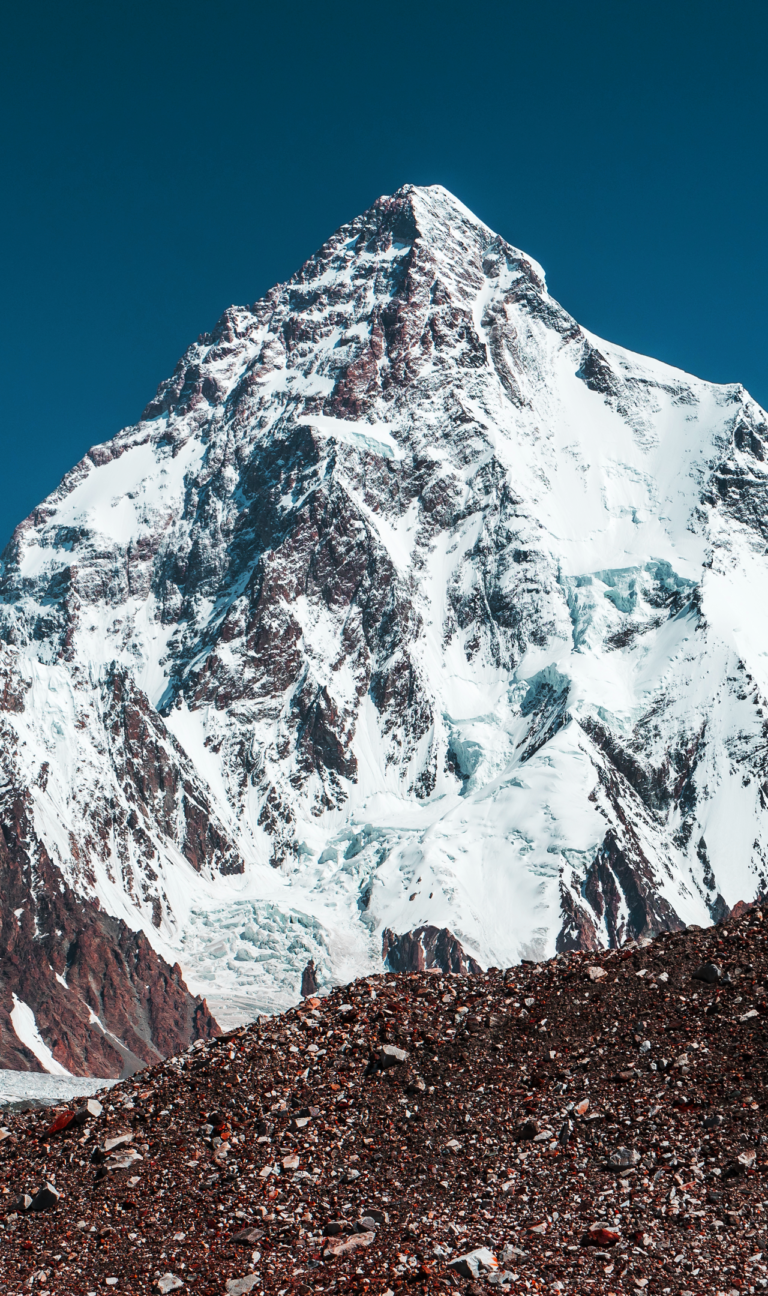 Nanga Parbat, locally known as Diamer, is the ninth highest mountain in the world at 8,126 metres (26,660 ft) above sea level. Located in the Diamer District of Pakistan’s Gilgit Baltistan region, Nanga Parbat is the western anchor of the Himalayas. The name Nanga Parbat is derived from the Sanskrit words nagna and parvata which together mean „Naked Mountain”. The mountain is locally known by its Tibetan name Diamer or Deo Mir, meaning „huge mountain”. An immense, dramatic peak rising far above its surrounding terrain, Nanga Parbat is also a notoriously difficult climb. Numerous mountaineering deaths in the mid and early-20th century lent it the nickname „Killer Mountain.”

Nanga Parbat was first climbed, via the Rakhiot Flank (East Ridge), on July 3, 1953 by Austrian climber Hermann Buhl, a member of a German-Austrian team. Nanga Parbat was first successfully climbed in winter on February 26, 2016, by a team consisting of Ali Sadpara, Alex Txikon, and Simone Moro. 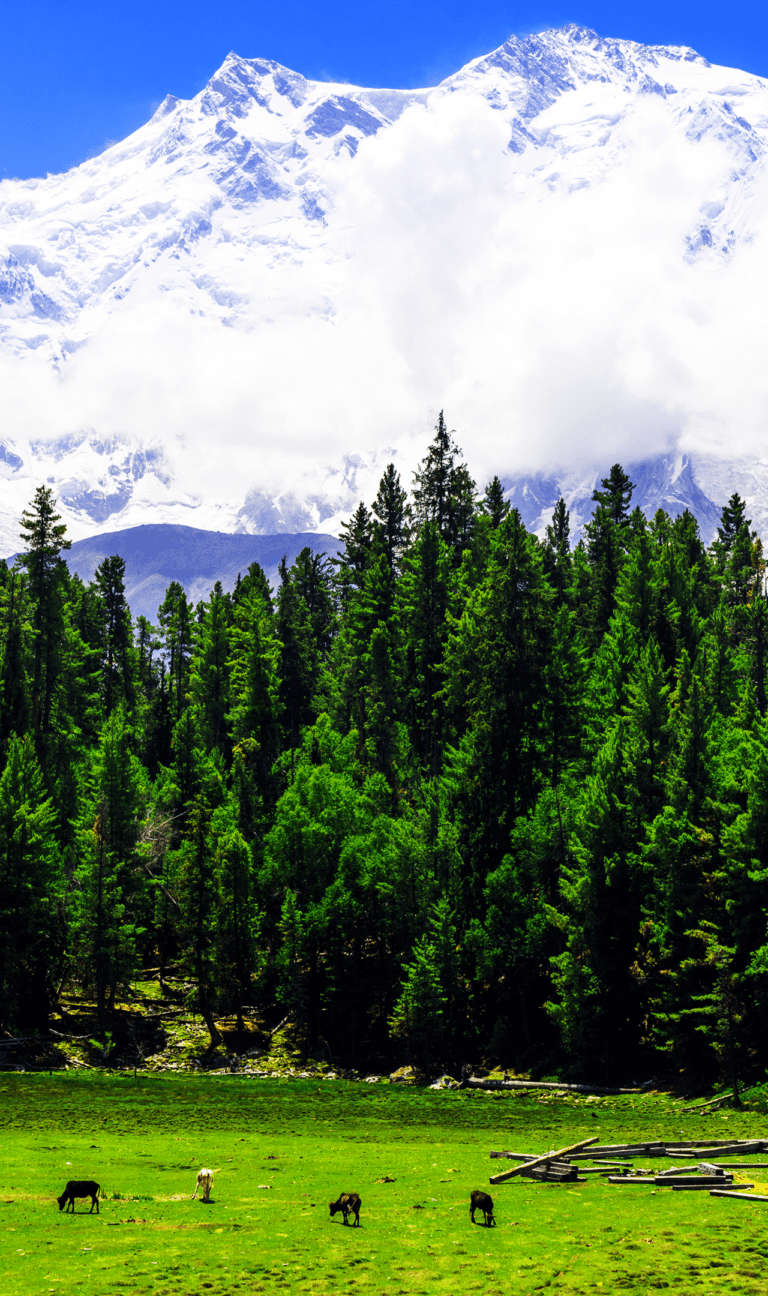 Aconcagua is the highest mountain outside of Asia, being the tallest in both the Southern and Western Hemispheres with a summit elevation of 6,960.8 metres (22,837 ft). It is located in the Principal Cordillera of the Andes mountain range, in the Mendoza Province, Argentina, and lies 112 km (70 mi) northwest of its capital.The mountain and its surroundings are part of the Aconcagua Provincial Park. The first recorded ascent was in 1897 by a European expedition led by the British mountaineer Edward FitzGerald. FitzGerald failed to reach the summit himself over eight attempts between December 1896 and February 1897, but the (Swiss) guide of the expedition, Matthias Zurbriggen reached the summit on January 14. 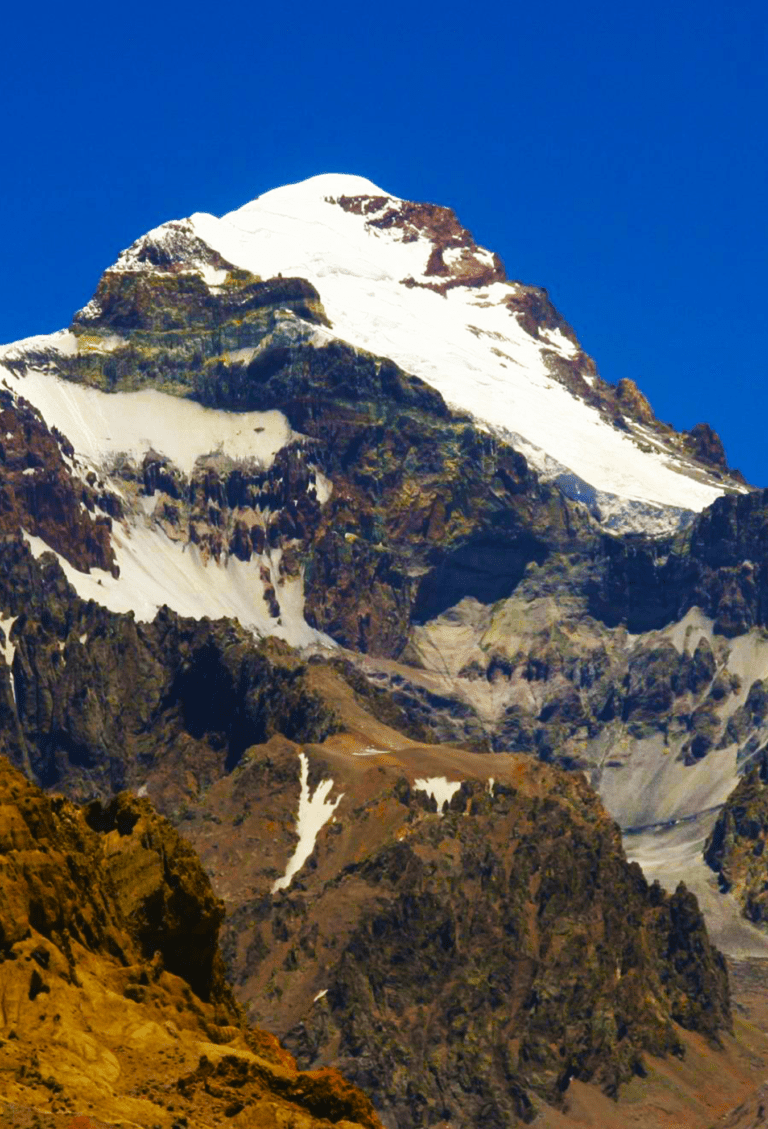 Denali (also known as Mount McKinley, its former official name) is the highest mountain peak in North America, with a summit elevation of 20,310 feet (6,190 m) above sea level. With a topographic prominence of 20,156 feet (6,144 m) and a topographic isolation of 4,629 miles (7,450 km), Denali is the third most prominent and third most isolated peak on Earth, after Mount Everest and Aconcagua. Located in the Alaska Range in the interior of the U.S. state of Alaska, Denali is the centerpiece of Denali National Park and Preserve.

The Koyukon people who inhabit the area around the mountain have referred to the peak as „Denali” for centuries. In 1896, a gold prospector named it „Mount McKinley” in support of then-presidential candidate William McKinley; that name was the official name recognized by the Federal government of the United States from 1917 until 2015. In August 2015, following the 1975 lead of the State of Alaska, the United States Department of the Interior announced the change of the official name of the mountain to Denali.

The first verifiable ascent to Denali’s summit was achieved on June 7, 1913, by climbers Hudson Stuck, Harry Karstens, Walter Harper, and Robert Tatum, who went by the South Summit. 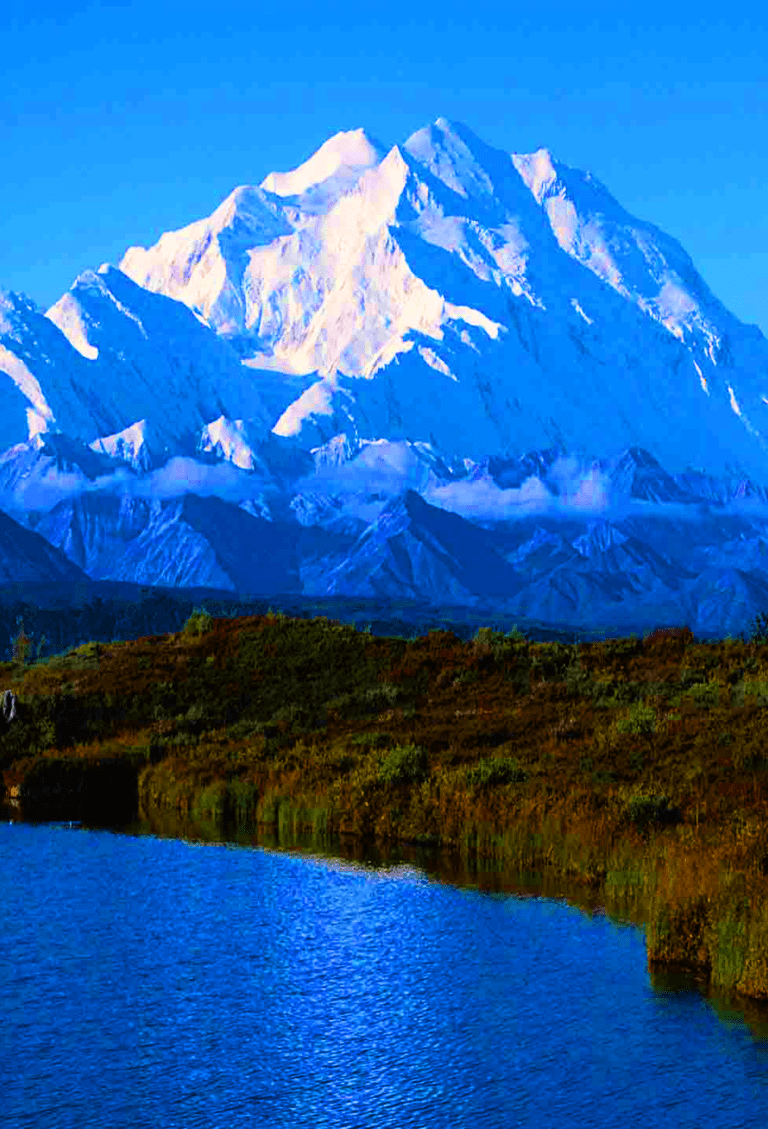 Mount Kilimanjaro or just Kilimanjaro, with its three volcanic cones, „Kibo”, „Mawenzi”, and „Shira”, is a dormant volcano in Tanzania. It is the highest mountain in Africa, with its summit about 4,900 metres (16,100 ft) from its base, and 5,895 metres (19,341 ft) above sea level. The first people known to have reached the summit of the mountain were Hans Meyer and Ludwig Purtscheller, in 1889. The mountain is part of Kilimanjaro National Park and is a major climbing destination.

Though the climb is not technically as challenging as the Himalayas or Andes, the high elevation, low temperature, and occasional high winds can make Kilamanjaro a difficult trek. Acclimatization is required, and even experienced and physically fit trekkers may suffer some degree of altitude sickness. 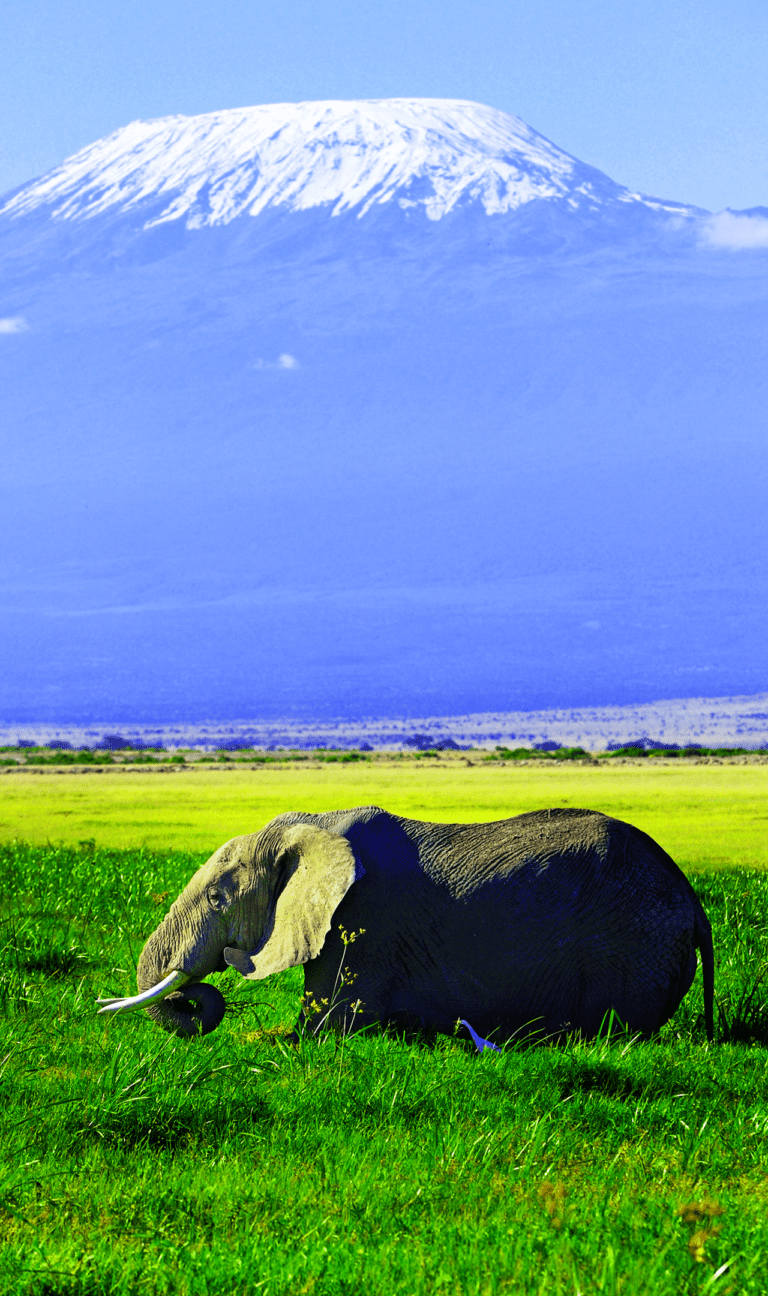 Mount Elbrus is a dormant volcano in the Caucasus Mountains in Southern Russia, near the border with Georgia. It could be considered the highest mountain in Europe, notwithstanding that the Caucasus mountains are at the intersection of Europe and Asia, and it is the tenth most prominent peak in the world.

Elbrus has two summits, both of which are dormant volcanic domes. The taller west summit is 5,642 metres (18,510 ft); the east summit is 5,621 metres (18,442 ft). The east summit was first ascended on 10 July 1829 (Julian calendar) by Khillar Khachirov, and the west summit in 1874 by a British expedition led by F. Crauford Grove and including Frederick Gardner, Horace Walker, and the Swiss guide Peter Knubel of St. Niklaus. 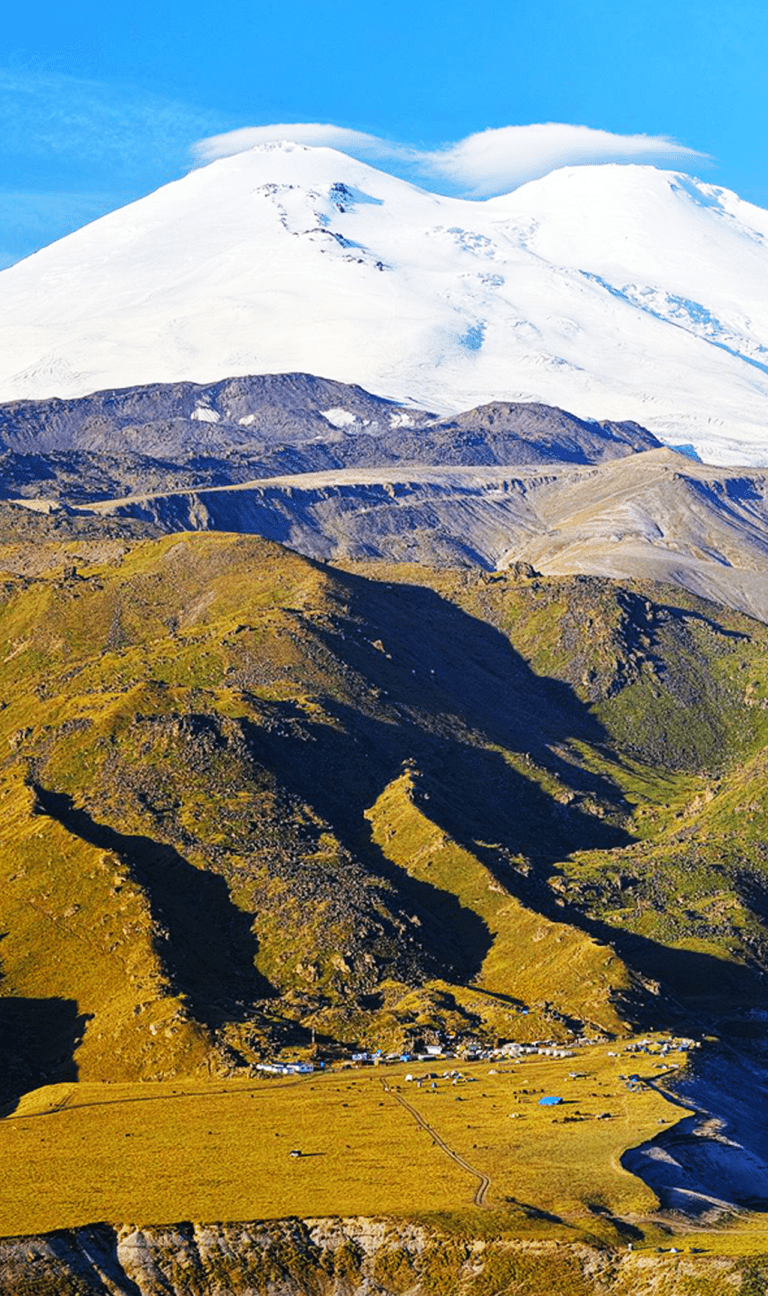 Mont Blanc, meaning „White Mountain” is the highest mountain in the Alps and the highest in Europe west of the Caucasus peaks of Russia and Georgia. It rises 4,808 m (15,774 ft) above sea level and is ranked 11th in the world in topographic prominence. The mountain stands in a range called the Graian Alps, between the regions of Aosta Valley, Italy, and Savoie and Haute-Savoie, France. The first recorded ascent of Mont Blanc (at the time neither within Italy nor France) was on 8 August 1786 by Jacques Balmat and the doctor Michel Paccard. Nowadays the summit is ascended by an average of 20,000 mountaineer-tourists each year. It could be considered a technically easy, yet arduous, ascent for someone who is well-trained and acclimatized to the altitude. The Mont Blanc massif is popular for outdoor activities like hiking, climbing, trail running and winter sports like skiing, and snowboarding. 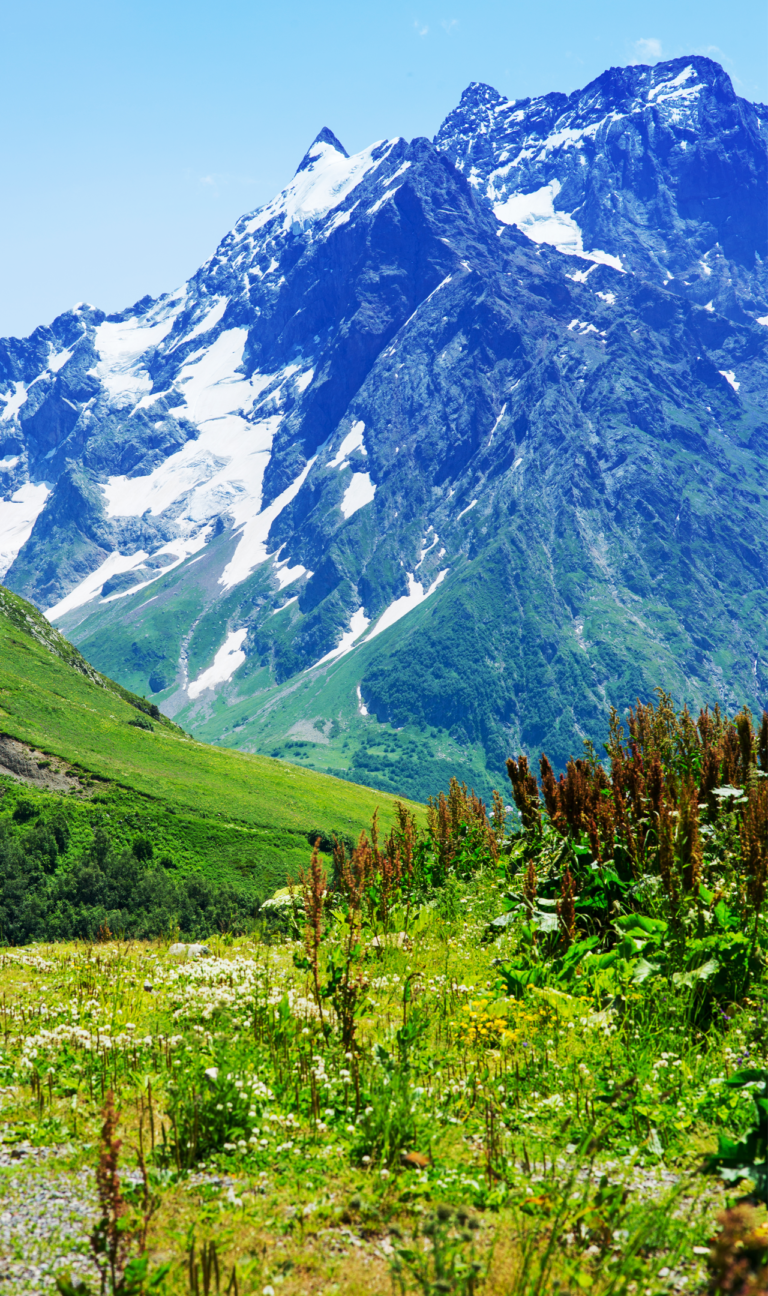 The mountain was named by the Polish explorer Paweł Edmund Strzelecki in 1840, in honour of Polish freedom fighter, General Tadeusz Kosciuszko, because of its perceived resemblance to the Kosciuszko Mound in Krakow, Poland. 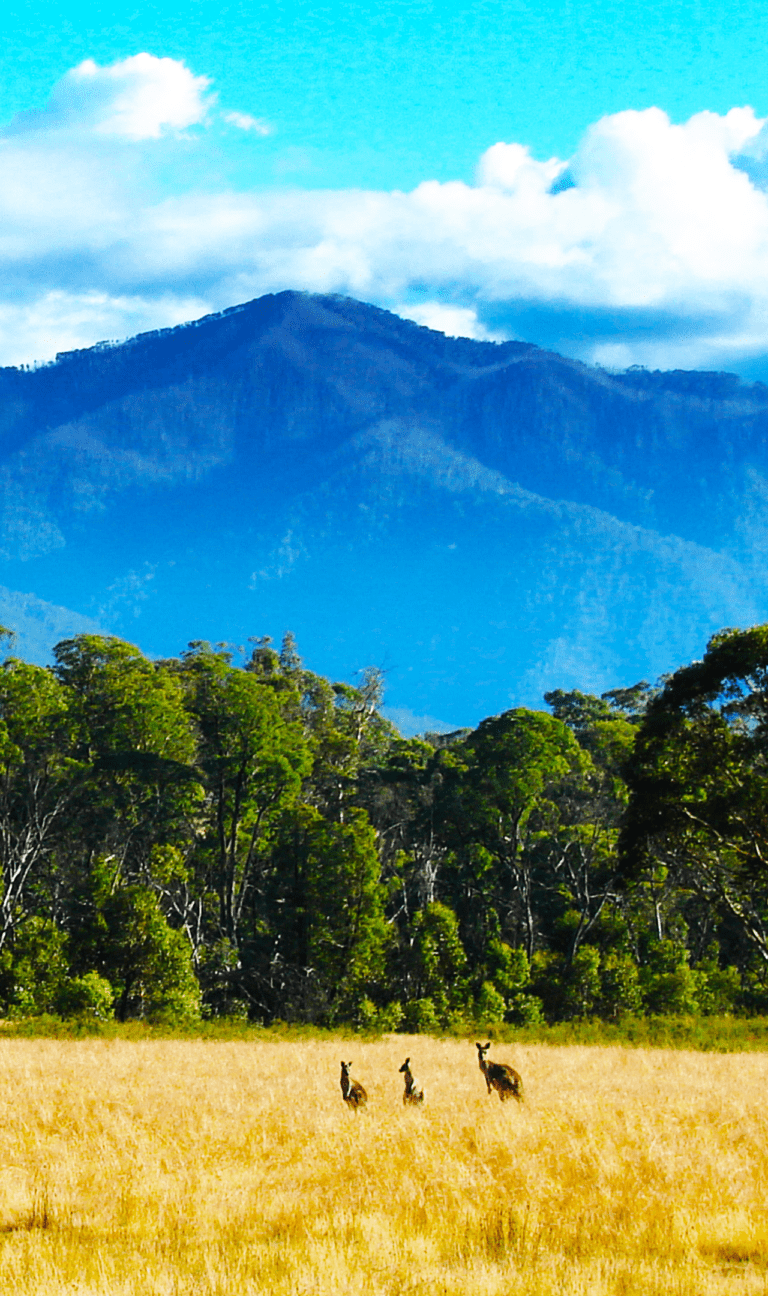 Uluru, also known as Ayers Rock, is a large sandstone rock formation in the southern part of the Northern Territory in central Australia. Uluru is one of Australia’s most recognisable natural landmarks.It lies 335 km (208 mi) south west of the nearest large town, Alice Springs.

Uluru is sacred to the Pitjantjatjara Anangu, the Aboriginal people of the area. The area around the formation is home to an abundance of springs, waterholes, rock caves and ancient paintings. Uluru is listed as a UNESCO World Heritage Site. 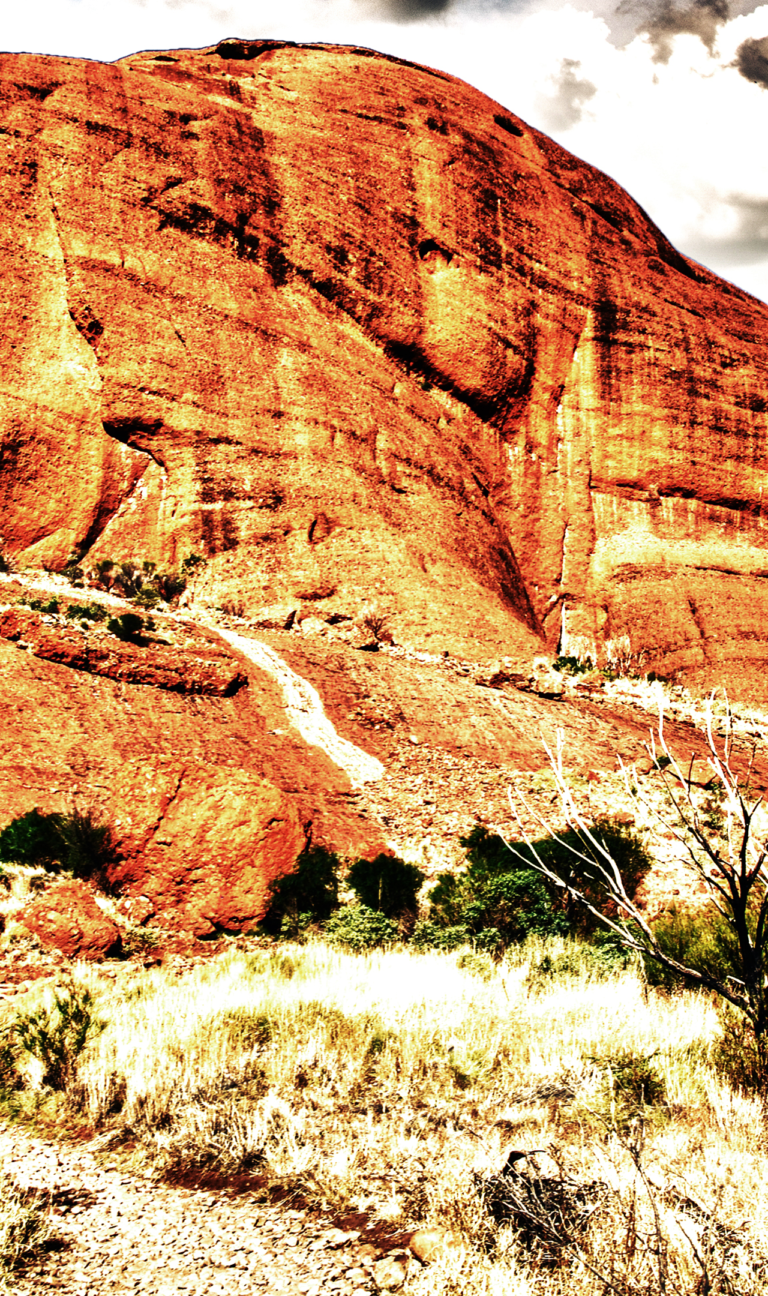